The Supreme Court is invited to resolve a circuit split and decide whether inaction can violate the automatic stay.

Two newly filed petitions for certiorari ask the Supreme Court to decide whether (1) passively holding property of the estate violates the automatic stay under Section 362(a), and (2) an order denying a motion to modify the automatic stay is always a final order subject to appeal.

The more attractive candidate for Supreme Court review is Davis v. Tyson Prepared Foods Inc., 18-941 (Sup. Ct.), where the Tenth Circuit held that the automatic stay does not prevent a statutory worker’s compensation lien from attaching automatically after bankruptcy to a recovery in a lawsuit. Davis v. Tyson Prepared Foods Inc. (In re Garcia), 740 Fed. Appx. 163 (10th Cir. Oct. 17, 2018).

The outcome in Davis was governed by the Tenth Circuit’s own recent authority, WD Equipment v. Cowen (In re Cowen), 849 F.3d 943 (10th Cir. Feb. 27, 2017), where the Denver-based appeals court had ruled that passively holding an asset of the estate in the face of a demand for turnover does not violate the automatic stay in Section 362(a)(3) as an act to “exercise control over property of the estate.”

The circuits are split. According to the debtor seeking Supreme Court review in Davis, the Second, Seventh, Eighth, Ninth and Eleventh Circuits have held that passively holding estate property or passively obtaining an interest in estate property after filing violates the automatic stay. In those circuits, for example, a creditor who repossessed an auto before bankruptcy must automatically return the car after the debtor files a chapter 13 petition, on pain of contempt.

The Tenth and the District of Columbia Circuits have ruled to the contrary, holding that an affirmative action is required to underpin an automatic stay violation.

Explaining the grounds for Supreme Court review, the certiorari petition says there is “an entrenched and acknowledged conflict among the courts of appeals” on a question that is “a vitally important and recurring issue of federal law.”

The certiorari petition for the debtor was filed by G. Eric Brunstad, Jr., who has argued 10 cases in the Supreme Court.

The response to the petition for certiorari is due on February 19. If the high court grants the petition, the case would not be argued until the term to begin in October 2019.

The same issue is coming to the Seventh Circuit on direct, consolidated appeals, from decisions by bankruptcy judges in Chicago who ruled that the city must turn over impounded cars automatically when the owners file chapter 13 petitions. The appeals court entered a scheduling order calling for the last brief to be filed on February 19.

To read ABI’s discussion of the Tenth Circuit’s Davis opinion, click here. To read about the circuit’s predecessor opinion, Cowen, click here. For some of ABI’s reporting on the Chicago parking-ticket cases, click here.

The petition for certiorari in Ritzen Group Inc. v. Jackson Masonry LLC, 18-938 (Sup. Ct.), asserts that the Sixth Circuit deepened an existing circuit split by erroneously holding that an order denying a motion to modify the automatic stay is always a final order that must be appealed immediately.

The case in the Sixth Circuit involved a motion to lift the automatic stay, which was denied in bankruptcy court. The creditor who lost the motion did not appeal within 14 days.

Instead, the creditor filed an appeal from the denial of the lift-stay motion months later when the bankruptcy judge sustained the debtor’s objection to the creditor’s claim. In October, the Sixth Circuit upheld the district judge who had dismissed the appeal for being untimely. Ritzen Group Inc. v. Jackson Masonry LLC (In re Jackson Masonry, LLC), 906 F.3d 494 (6th Cir. Oct. 16, 2018),

The Sixth Circuit cited five other circuits and the Collier treatise for saying that courts “almost uniformly” hold that denial of a lift-stay motion is an appealable order. However, the appeals court went on to lay down a two-part rule to determine whether any order is final and therefore appealable.

Extrapolating from the governing statute, 28 U.S.C. § 158(a), the Sixth Circuit said that an order is final if it was entered in a “proceeding” and if the order terminated that proceeding. Because a lift-stay motion is a core “proceeding,” denial of motion was final because it was procedurally complete and precluded the creditor from pursuing its claim against the debtor outside of bankruptcy court, citing Bullard v. Blue Hills Bank, 135 S. Ct. 1686 (2015).

The petitioner for certiorari argues there is a split of circuits, because eight circuits (including the Sixth) hold that orders denying lift-stay motions “are categorically appealable.” On the other hand, the petitioner claims that the First and Third Circuits take a flexible approach by saying that denying a modification of the stay sometimes may not be final.

The petitioner contends that the Sixth Circuit misapplied Bullard and Gillespie v. U.S. Steel Corp., 379 U.S. 148, 152 (1964). In Gillespie, the petitioner says, the Supreme Court said that finality is sometimes a “close question” and that it is “impossible to devise a formula to resolve all marginal cases.”

The petitioner may have a point. The Sixth Circuit did establish a seemingly rigid, two-part test for all cases, arguably at odds with Gillespie. However, the Sixth Circuit may have correctly applied Bullard and Gillespie in the case at hand. In Bullard, the high court ruled that an order denying confirmation of a chapter 13 plan was not a final, appealable order because denying confirmation did not terminate the proceeding, unlike denial of a lift-stay motion.

The response to the certiorari petition is due on February 19. Argument would be held in the term to begin in October 2019 if the petition is granted. 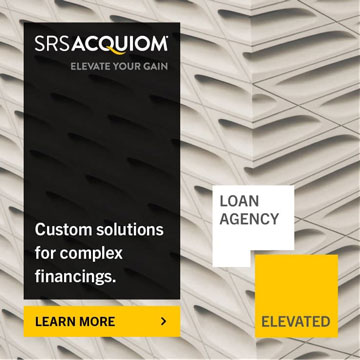