When Can FDCPA Claims Be Brought Based on Actions Taken in Bankruptcy Court? 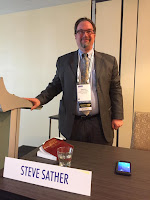