Split deepens regarding failure to return a repossessed auto as an automatic stay violation.

A bankruptcy judge and a district judge in New Jersey both predict that the Third Circuit will follow the minority and hold that the automatic stay does not require a lender or lessor to return repossessed property immediately after the debtor files a chapter 13 petition.

The circuits are split. The Second, Seventh, Eighth, Ninth and Eleventh Circuits hold that a lender or owner must turn over repossessed property immediately or face a contempt citation. The Tenth and the District of Columbia Circuits have ruled that passively holding an asset of the estate in the face of a demand for turnover does not violate the automatic stay in Section 362(a)(3), which prohibits “any act . . .  to exercise control over property of the estate.”

The New Jersey case was typical. The debtor filed a chapter 13 petition and asked the lender to return an auto repossessed before bankruptcy. When the lender refused, the debtor filed a motion to compel turnover and impose sanctions for violating the automatic stay.

Bankruptcy Judge Andrew B. Altenburg, Jr., of Camden, N.J., directed the lender to turn over the auto, assuming the debtor could show proof of insurance. However, he followed the minority and denied the motion for sanctions.

Judge Hillman said the majority interpret the addition of subsection (a)(3) in 1984 as designed “to broaden the scope of the automatic stay to require affirmative action.” The minority, he said, find no stay violation “as long as the creditor merely maintains the status quo,” citing WD Equipment v. Cowen (In re Cowen), 849 F.3d 943 (10th Cir. Feb. 27, 2017). To read ABI’s discussion of Cowen, click here.

Judge Hillman found the minority “more persuasive” for four reasons. First, the statute is “prospective in nature.” The “clear” statutory text, he said, allows “the exercise of control” but not an “act to exercise control.” [Emphasis in original.]

Second, Congress could have imposed an affirmative turnover duty in 1984 but “did not do so.” Third, Cowen has a “more faithful reading” on the addition of subsection (a)(3).

Fourth, the minority interpretation “wisely balances” protections for both debtors and creditors. The subsection prohibits creditors from taking post-petition actions while allowing damages for post-petition conduct. By requiring the debtor to seek turnover, the bankruptcy court can “fully consider” the creditor’s defenses.

Significantly, Judge Hillman seemed to agree with Judge Altenburg that the creditor still has “an affirmative duty . . . in some circumstances.” If the creditor demands proof of insurance, and if the debtor complies by showing that the lender is a loss payee, “the creditor will be in violation of the automatic stay unless the vehicle is returned to the debtor.”

It is unclear why demanding proof of insurance turns the tables on the creditor. Is the demand a waiver and implied consent to return the car if the demand is met? Or, is the demand for insurance an affirmative act that kicks in subsection (a)(3)?

The split is heading for the Supreme Court from either the Tenth or Seventh Circuits. Last month, the Tenth Circuit reaffirmed Cowen when it handed down Davis v. Tyson Prepared Foods Inc. (In re Garcia), 17-3247 (10th Cir. Oct. 17, 2018). We are expecting the debtor in Garcia to file a petition for certiorari.

In Chicago, some but not all bankruptcy judges have held that the city must automatically turn over automobiles that were impounded before bankruptcy on account of unpaid parking fines. The Seventh Circuit accepted a direct, consolidated appeal. The last brief is due in the Seventh Circuit on December 31. For ABI’s discussion of Garcia, the Chicago cases and the race for certiorari, click here. 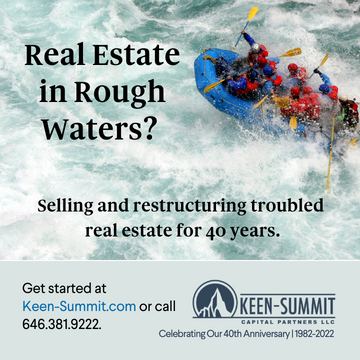